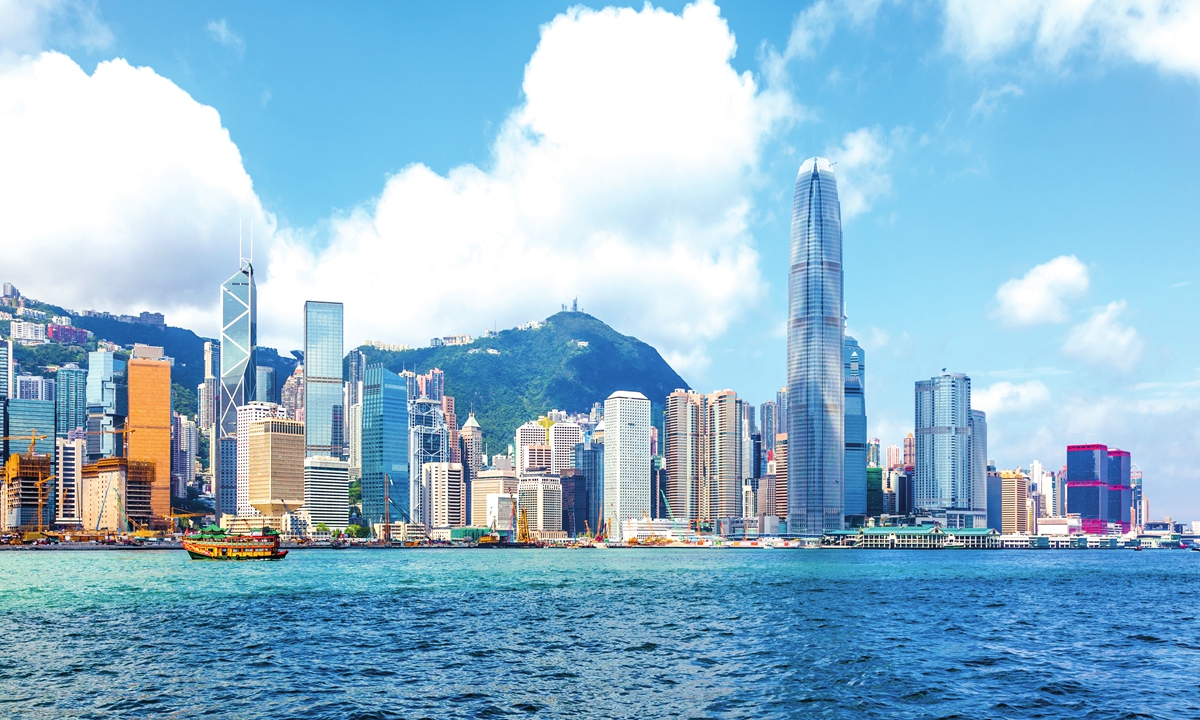 The financial secretary of the Hong Kong Special Administrative Region (HKSAR) has warned that the city’s GDP could contract in the first quarter, with unemployment rising due to the COVID-19 outbreak, while expressing confidence in the future of Hong Kong’s economy.

The HKSAR will soon be able to recover from the gloom and regain the momentum of economic growth, if the COVID-19 outbreak is successfully brought under control as soon as possible, although there is a good chance that the The economy is contracting year on year in the first quarter, Paul Chan Mo-po wrote on the official website of the Hong Kong SAR Financial Secretary on Sunday.

“The steady growth of the national economy and the long-term solid fundamentals of the economy provide solid support for the HKSAR to maintain its momentum. The GDP of the Chinese mainland exceeded 110 trillion yuan (17 $400 billion), but its huge economy has remained stable and strong growth, which has played a stabilizing role in global trade and investment,” Chan noted, explaining why he remains confident about Hong Kong’s economic prospects.

According to Chan, the risks of the Russian-Ukrainian situation for Hong Kong are manageable at this stage. In terms of trade, exports to Ukraine accounted for just 0.05% of Hong Kong’s merchandise exports in 2021, and those with Russia accounted for 0.78%.

As energy costs accounted for only about 3% of the consumer price index and Hong Kong is dominated by the service sector, the impact of a sharp increase in international energy prices on inflation in Hong Kong will be subdued.

“Since the outbreak in early January, this wave of COVID-19 has severely affected people’s lives, social operations and economic activities. The severe outbreak has exerted enormous downward pressure on Hong Kong’s economy. To stabilize the economy, the fight against the epidemic must start first,” Chan said.

According to the HKSAR government on Sunday, around 300,000 people in the city were still under quarantine.

Chan said he introduced measures to support small and medium enterprises (SMEs) in the city. SEMs make up 98% of businesses in Hong Kong and employ 45% of the private sector workforce.

“We are particularly grateful for the guidance and support from the central government, as well as the assistance and coordination from mainland authorities and local governments. All of this support shows the nation’s care and love for Hong Kong.” , Chan said.

He mentioned mainland experts arriving quickly in Hong Kong, nucleic acid testing personnel gathered across the country, the Huoyan laboratory, mobile test vehicles and rapid test kits put into use, and the construction of makeshift hospitals in seven days.

“From COVID-19 to economic development, the nation has always given the strongest support to Hong Kong. We must firmly believe that no matter what difficulties we encounter, with the support of the central government and the efforts of everyone of us, they will be.” always passes. After the storm comes the rainbow. Hong Kong has a bright future for development,” Chan said.