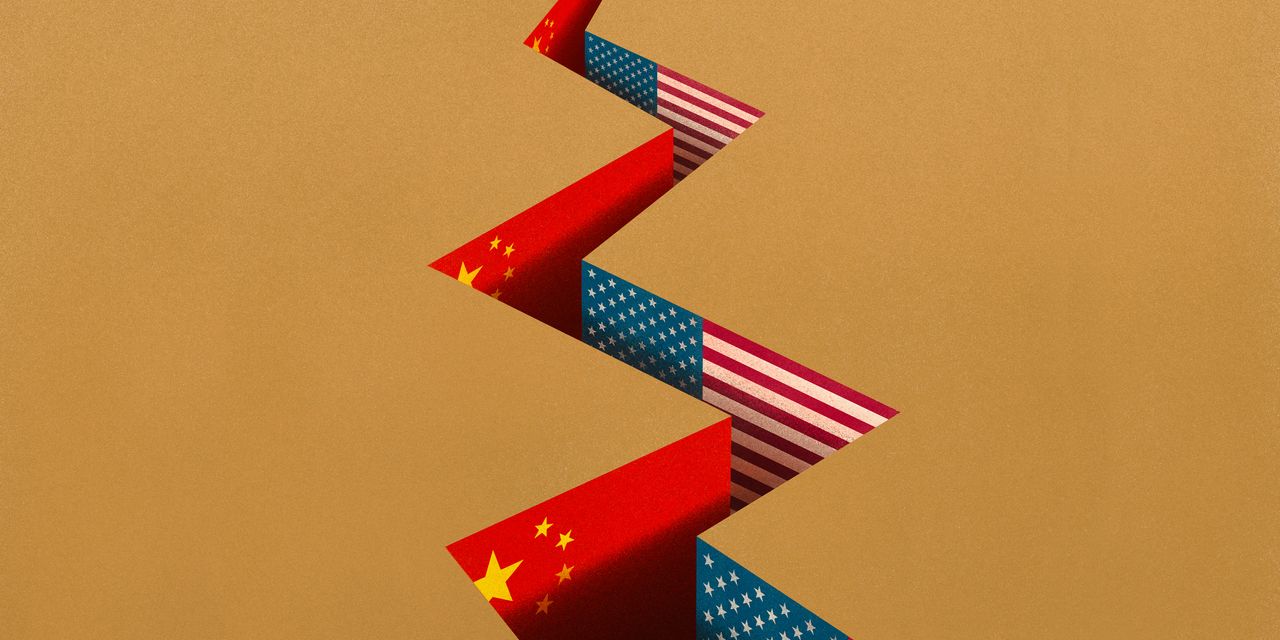 
About the Author: George Magnus is a research associate at the China Center at the University of Oxford and at the School of Oriental and African Studies in London. He was chief economist of UBS and is the author of Red flags: why Xi’s China is in danger.

The official readings from the recent remote meeting between Presidents Joe Biden and Xi Jinping were unsurprisingly different. Biden warned of the “implications and consequences if China provides material support to Russia.” China’s somewhat defiant response dismissed “radical and indiscriminate sanctions” as dangerous to the global economy. This diplomatic exchange made it possible to underline not only the enormous sensitivity of the sanctions, but also that the political and economic decoupling is now moving into high gear.

As expected, financial markets did not seem immediately disconcerted. But companies are taking note.

China is in a delicate position. Xi yearns for stability ahead of the important 20th Communist Party conference later this year. China’s economy was already facing headwinds from over-indebtedness, a tipping point in the real estate sector, job pressures and stalled productivity. The prevalence of Covid has increased, at least by Chinese standards. The lockdowns and restrictions could affect provinces accounting for nearly half of gross domestic product.

Today, China is also facing soaring fuel, commodity and food prices following the invasion of Ukraine, which could reduce already anemic growth by up to 1%. The last thing Xi wants is to get tangled up in another round of sanctions if he is deemed too complicit in Putin’s war.

Xi’s instinct for now is probably to keep walking the steep path between supporting Putin just enough and keeping the anger of the United States and the European Union at bay. His own political outlook is closely tied to what happens to Putin, and we should assume he wants another autocrat to prevail against the West. Yet there are limits. Russia is a small beer economically compared to the $1.3 trillion in two-way trade China does with the US and EU, and the vast infrastructure of dependence on foreign direct investment, market access global capital and US dollar, and the acquisition of critical technology, know-how, and research and development inputs.

In other words, China thrives and depends on its engagement in the global economy. If these relationships were to fracture further, no one would benefit. A more isolated China would be a diminished force economically.

The start of the war marks a period of decisive change for China’s relationship with the world. China will be determined to “sanction” its economy and financial system, if that is still possible. Along with his liberal opponents, he will work to reduce dependence on each other for products and supply chains in the most sensitive areas associated with broader national security.

Chinese companies have gradually, albeit reluctantly, been embroiled in contentious legal and regulatory disputes. As they focused on commitments to China’s larger markets and middle class, they had to navigate an increasingly difficult business environment. China has recalibrated its industrial policy and imposed more politicized regulations and more controlling administrative systems. The business environment has also deteriorated following the trade war, the development of entity lists, export controls, blacklisting of companies, access restrictions at the market and wrangling over human rights in Xinjiang and Hong Kong.

Covid restrictions and closed borders have simply made more pressing the need to reconsider the integrity and regionalization of supply chains, to diversify away from single-source suppliers and to ensure that business plans remain functional in case even a product or material is subject to new sanction or regulation.

Competing regulations, laws, systems and standards have also caused companies to disengage or decouple from, for example, digital, innovation and research spaces, as they examine the growing risk of systems, standards and bifurcated data management.

In areas of high strategic importance or national security, there are already different systems. Firewalls are erected directly through restrictions on market access, negative lists that restrict foreign investors and national security measures, and indirectly through the application of standards and licensing requirements determined by parties and states.

We should hope that the kind of macroeconomic and financial decoupling that is now fully visible in Russia will never apply to China, but the gauntlet has been thrown down. Companies will be forced to pay close attention to contingency plans, diversification strategies and the decoupling of supply chains in certain areas, at least as far as China is concerned. They will also increasingly be subject to competing laws and regulations, for example on sanctions, monopoly and competition policy and national security. Companies could be forced to choose between following Chinese laws and antagonizing their home governments and shareholders, or flouting them and playing totally different music.

It is true that the unprecedented interdependence between China and the rest of the world cannot be quickly or easily ended. Nevertheless, the decoupling has started and should accelerate in the coming years. The consequences of the war in Ukraine and the threat of secondary sanctions against China for its support of Russia or, perhaps one day, its actions in Taiwan, mean that for companies, the prior alignment of commercial and national interests is almost finished.

Guest comments like this are written by writers outside of Barron’s and MarketWatch newsroom. They reflect the views and opinions of the authors. Submit comment proposals and other feedback to [email protected]