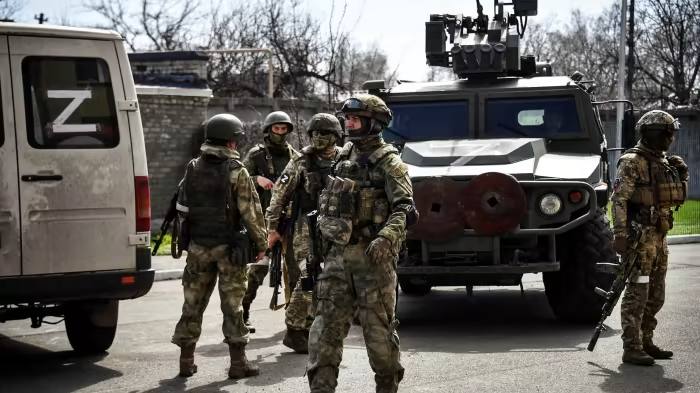 Hello. This article is an on-site version of our FirstFT newsletter. Sign up for our Asia, Europe/Africa or Americas edition to get it delivered straight to your inbox every weekday morning

Ukraine’s finance minister appealed for immediate financial support of tens of billions of dollars to fill a gaping budget gap caused by the Russian invasion.

Government spending exceeded revenue by about $2.7 billion in March and Ukraine expects the gap to widen to $5-7 billion a month in April and May due to the war. Ukraine’s gross domestic product was worth $164 billion in 2021.

“We are very stressed, at worst [financial] condition,” Sergii Marchenko said in an interview with the Financial Times. “Now it’s about the survival of our country.”

Meanwhile, signs that Russia is approaching a major new offensive in eastern Ukraine have multiplied as US defense officials report that troops withdrawn from kyiv and surrounding areas were resupplied and reinforced by the Kremlin for redeployment in the Donbass region.

Although Ukrainian officials have previously reported an escalation in Russian bombardment in the region – including last week’s strike on the Kramatorsk train station that killed more than 50 civilians – a senior Pentagon official said the United States did not believe “that a new offensive had begun”.

As civilians flee, Ukrainian and Russian forces move in the other direction as they converge on Donbass for what threatens to be the bloodiest fighting in a war now in its seventh week .

Thanks for reading FirstFT Asia. Do you have any comments on today’s newsletter? Send it to [email protected] – Emily.

Five other stories in the news

1. Shanghai unveils limited easing of Covid lockdown The city unveiled plans yesterday for a limited relaxation of its strict coronavirus lockdown, as economic and social pressures mount. China’s financial and industrial hub will split the resorts into three risk categories, with several thousand people set to have their lockdowns lifted if they report no cases for a two-week period.

2. Elon Musk reconsiders his decision on Twitter Tesla boss Elon Musk will not join Twitter’s board, reversing course just days after he became its largest shareholder and was offered the seat. Parag Agrawal, chief executive of the social media company, tweeted that Musk, who was due to be formally appointed to the board on Saturday, would no longer serve. Agrawal did not give further details.

5. Macron and Le Pen begin the final sprint of the French second round Emmanuel Macron has launched a frantic hunt for working class votes to try to secure victory over his far-right rival Marine Le Pen in the second and final round of the country’s presidential election on April 24.

What else we read and listen to

Chinese companies try to buy strategic islands Small Chinese companies have scoured the world for significant swaths of land. In dozens of cases reviewed by the Financial Times, mostly little-known Chinese investors have offered to take long leases or attempted to buy large pieces of land, often in sensitive locations.

Tech Tonic: crisps with everything In this week’s podcast episode, we get an in-depth look at the semiconductor industry and Taiwan’s unique position as a hotbed of computer chip talent. James Kynge, the FT’s global editor for China, looks at the unintended consequences of the race for semiconductor dominance.

FT interview with the mayor of Seoul Oh Se-hoon, the mayor of Seoul, admitted that South Korea’s reputation for opaque and cumbersome regulations has hampered the city’s ability to attract businesses and investors to leave Hong Kong. Read the full interview here.

Sibling rivalries, marital feuds – it’s great to be back in the office You can choose your friends but not your family, the saying goes. So also with work. Unless you own the business, you rarely get to choose your colleagues, writes Emma Jacobs.

Thank you to readers who responded with their thoughts on John Lee’s entry into the race to succeed Carrie Lam as Hong Kong’s next chief executive. Here’s what two FirstFT Asia readers in Hong Kong had to say. (Both preferred to remain anonymous for security reasons.)

“The celebration of getting rid of Carrie Lam was cut short when people saw who the replacement will be. It should also be noted that almost everyone I have spoken to in the international community says that it will be an accelerator for them to leave Hong Kong.

“As a long-time resident of Hong Kong, I am hardly surprised by this development. This is part of the Chinese Communist Party’s takeover of Hong Kong. The Party allowed the incompetent Carrie Lam to stay in charge and make a laughing stock of one of the greatest cities in the world.

Newsletters recommended for you

To work — Find out what’s changing the world of work with Isabel Berwick, Editor-in-Chief of Jobs and Careers. register here

troubled times — Your essential FT newsletter on the changes in business and the economy between Covid and conflict. register here

Thanks for reading and don’t forget you can add FirstFT to myFT. You can also choose to receive a FirstFT push notification every morning on the app. Send your recommendations and comments to [email protected] register here