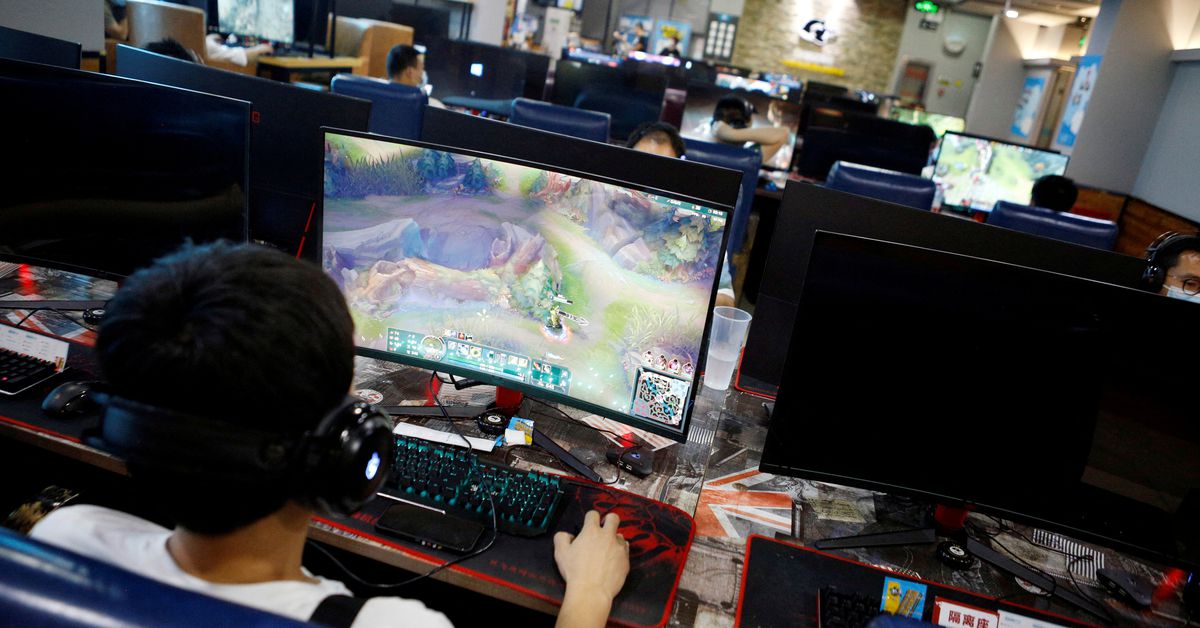 HONG KONG, April 12 (Reuters) – China has lifted a nine-month freeze on gaming licenses after companies including industry leader Tencent (0700.HK) made major adjustments to their practices trade and because of the economic fallout from the ban, industry sources and analysts said.

The watchdog of the $47 billion video game market, the world’s largest, stopped issuing publishing licenses, essential to monetizing games, in August following a crackdown that limited the playing time of minors. That freeze was lifted on Monday when 45 games were licensed. Read more

Sources and analysts said that while the timing of the easing was unexpected, the companies had bent over backwards after coming under heavy criticism from authorities for non-compliance.

“This time around, the regulations are definitely the toughest they’ve ever been,” said Chenyu Cui, a senior analyst at research firm Omdia, “Every company is afraid of failing to meet compliance.”

A source from a game studio in which Tencent Holdings is a major shareholder said Tencent asked it to remove English words from its game, avoid the color red, and remove wording such as “headshots” or “death ” to be compliant.

And the studio has also delayed the title’s international launch over fears it could be seen as a circumvention of Chinese rules, the source said, declining to be named because he is not authorized to speak to the media.

During a similar licensing freeze in 2018, some projects opted to release their games – including Tencent’s Bladed Fury and Iris.Fall – overseas, while waiting for the domestic situation to be resolved.

Chinese regulators have also been proactive in ensuring compliance in a state media sector once called “spiritual opium”.

Two sources said that during the suspension, companies were still able to submit games for approval and received regular feedback on any changes needed to their content or monetization features.

In September, a state-backed gaming association held a training program for developers during which it stressed that games must exhibit “a correct set of values” and cannot contain any violent or religious elements. , according to a memo seen by Reuters.

Daniel Ahmad, principal analyst at Niko Partners, said more than 5,000 game companies are now connected to the national addictions system, many companies have made changes to game content and those that are not compliant have is being investigated and fined by the relevant regulators. .

“Concerns have been adequately addressed,” he said.

Tencent, its smaller counterpart NetEase and more than 200 other companies pledged in September to self-regulate to tackle gambling addiction. Read more

As businesses put their houses in order, the worsening economic impact of the gambling crackdown could no longer be ignored by Beijing.

During the licensing freeze, around 14,000 video game-related businesses – including those involved in merchandising, advertising and publishing – closed, according to business registration company Tianyancha.

Some highly anticipated projects have also been boosted, such as Eden Apocalypse by Lilith Games. A rep said this was due to a change in company focus.

Three game industry sources said many projects have been hit by a hiring freeze as they are under pressure to reduce their size and budget.

Tencent, a major employer of new graduates, said during its results that its pace of hiring would slow, and Reuters reported that it and other peers planned to cut jobs. Read more

“They are doing this to protect jobs,” an industry executive told Reuters, referring to the lifting of the freeze and declining to be named because he was not authorized to speak to the media.

Gaming industry regulator National Press and Public Administration did not respond to a request for comment.

Chinese gambling stocks soared on Tuesday after the relaxation of regulations, with some analysts saying it showed the government’s commitment to the sector.

But some were also cautious, pointing out that only 45 games had been approved this time, compared to the 80-90 typically allowed once a month before the freeze.

And the landscape has completely changed, prompting some to diversify or consider exiting the Chinese market altogether.

Smaller game companies in China are considering turning to blockchain games in the West, even if it could mean abandoning the Chinese market since Beijing banned unapproved cryptocurrencies, said Greg Pilarowski, director of the law firm. Pillar Legal.

“The current environment in China is very challenging for game companies,” Pilarowski said. “So a lot of people are asking how they could get into blockchain games…because crypto and blockchain have been very profitable for a lot of people in the United States.”