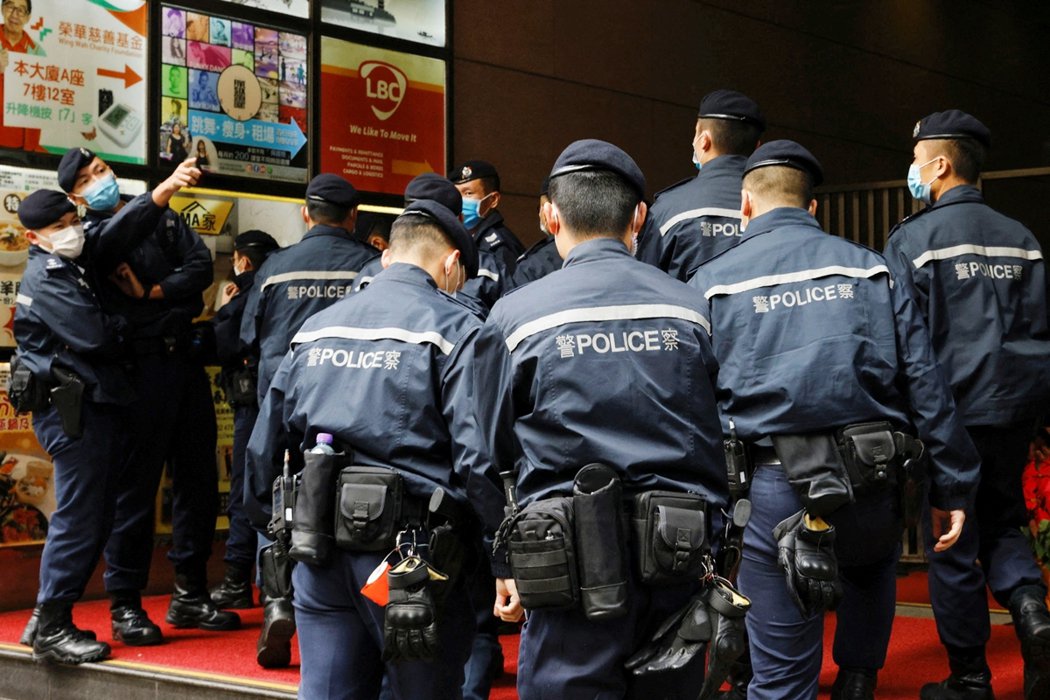 Hong Kong continues to be plagued by political and economic turmoil. Here is an overview of the major developments of the last few months

(This article was first published in January 2022)

In December, police raided the office of Stand News, one of the few remaining anti-government liberal news outlets in Hong Kong, arresting six of its current and former executives for “conspiring to publish seditious publications”. Stand News announced its closure the same day, removing all of its videos and online content from its website.

This is the latest crackdown on press freedom since the government crackdown on Apply Daily in June 2021. Another independent online outlet, Citizen News, also decided to shut down on January 4. Hong Kong is now entirely under the direct rule of Beijing. The CCP (the so-called Communist Party dictatorship) and the counter-revolution will not tolerate any meaningful opposition in Hong Kong, all democratic rights are under attack, from freedom of demonstration to freedom of speech.

On December 19, Hong Kong held its first Legco (local legislature) election since the introduction of the national security law. Unlike previous elections where there were at least some elements of a free election, (50 percent of the seats were directly elected), this election was a complete farce. Only 22% of seats were now directly elected, with the rest all hand-picked by the CCP and the capitalists. No significant opposition was allowed to participate, opposition party leaders were either all in jail or disqualified by the government.

No wonder the elections saw an all-time low turnout, with just 30.2% of the vote compared to 58.3% in 2016. And this despite the government making it clear that anyone publicly calling for a “boycott” would be liable to three years in prison. The low turnout was an active and conscious act by the masses to expose the far-fetched election. It was far from a victory for the regime, but the result will not decisively change the counter-revolutionary direction in Hong Kong. Xi Jinping cannot compromise on the Hong Kong issue as it would show weakness in the New Cold War and all the crises the regime is facing.

Since the introduction of the National Security Act in June 2020, there has been a net exodus of over 100,000 people. The latest official data shows Hong Kong’s population grew negatively by 1.2% last year, the lowest since records began in 1961 and even lower than during the emigration wave of the years 1990, before the handover. This is facilitated by the relaxation of immigration rules in several western counties, including the United Kingdom, Canada and Australia. Of course, these capitalist countries are not doing this for “human rights” or “democracy” in Hong Kong, but to support their Cold War agendas, while hoping to attract the wealthier layers of Hong Kongers.

Most of those who leave come from the middle class and professional strata: the three main sectors being finance, IT and education. According to a May 2021 survey by the now dissolved Professional Teachers’ Union (almost all independent unions have now been dissolved), 40% of teachers wanted to leave the sector due to “increasing political pressure”. Such a high level of occupational leakage will have serious socio-economic implications in the future – public services will be particularly affected. Last year, public hospitals lost 4.9% of doctors and 6.7% of nurses.

In line with China’s “dynamic zero Covid” strategy, Hong Kong has one of the strictest lockdown policies in the world. In January, the government again closed bars and cinemas, banning dinner after 6 p.m., after a single locally untraceable infected case was discovered. Entire blocks of residential buildings were placed under quarantine, trapping everyone inside for days. There were cases where food was insufficient and some people were not allowed to bring medicine for their families.

The government has also maintained a ban on gatherings of four people in public for nearly two years, which is effectively a political ban on protests. However, this does not seem to apply to Hong Kong’s wealthy and elite. A scandal erupted in January when more than 200 people, including senior government officials and newly elected lawmakers, attended a birthday party for a member of the NPC (China’s fake parliament). The incident only came to light when a case of Covid was found to have attended the party, the government was forced to send all these wealthy ‘patriots’ to quarantine camps. Obviously, there are two distinct sets of rules – one for the average poor masses and one for the rich and elite.

Political repression and the pandemic have certainly taken a heavy toll on Hong Kong’s economy. The economy shrank 6.1% in 2020, and despite the figure expected to rebound 6.4% in 2021, the city is far from recovering. In fact, Hong Kong’s economy was already in a downturn before the pandemic, GDP fell 1.7% in 2019. Despite being one of the wealthiest economies in the world, a fifth of the population still lives in poverty. Unemployment is still relatively low (partly due to the wave of emigration), but mass exodus and professional flight will have a longer term effect on the city. And as China’s economy, on which Hong Kong increasingly depends, enters a deeper crisis, its future will only become more volatile and bleaker. In a way, the CCP and its counter-revolution can be said to have destroyed Hong Kong.

How Ngong Ping 360 is preparing for HK opening