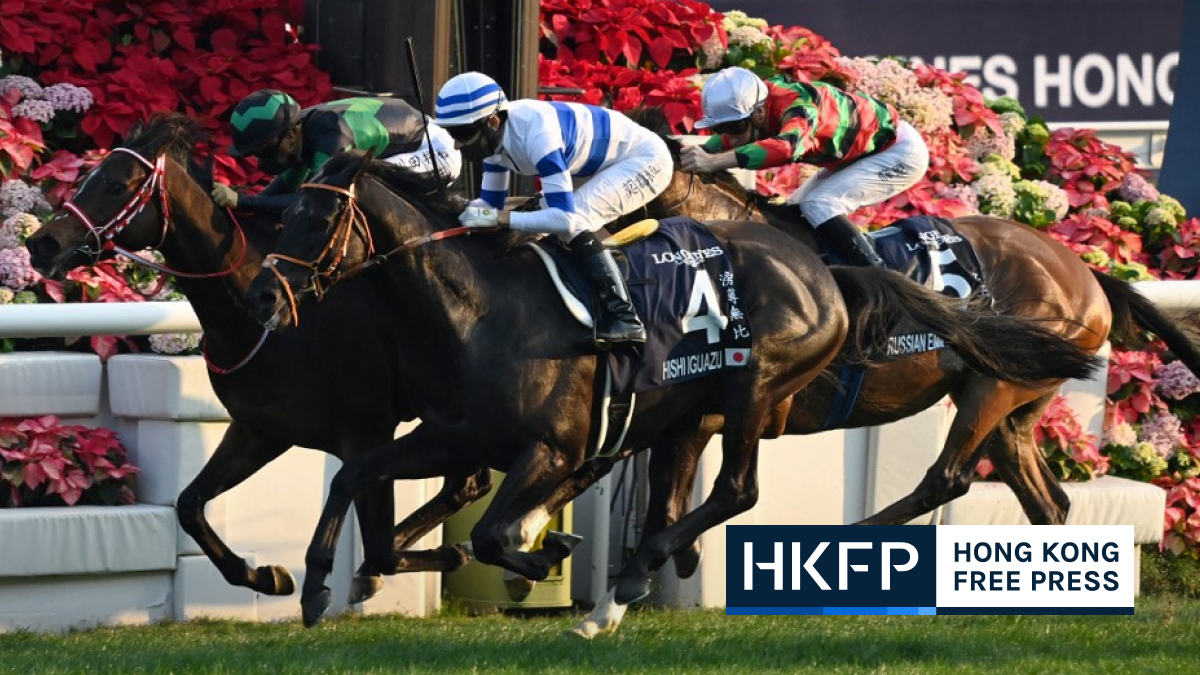 Hong Kong horse racing gallops through the depths of the pandemic

For more than two years, people in Hong Kong have lived under some of the toughest coronavirus restrictions in the world. But a beloved tradition has endured: horse racing.

Throughout the pandemic, the Chinese city has gone to great lengths to protect the sport from shutdowns, even as schools closed and infections ravaged nursing homes.

But some at the heart of the racing scene have balked at the personal costs of adhering to restrictions, with at least two foreign jockeys leaving and others fearing for their sanity.

As of 2020, the Hong Kong Jockey Club, which holds the industry monopoly in the city, has mainly held races behind closed doors and isolated riders from the local community.

Australian jockey Blake Shinn said last week that “mental stress” meant he would not return for next season.

“I understand that the club’s priority has been to keep running during a difficult time…but at some point it becomes a mental health issue,” Shinn told the South China Morning Post.

Jockeys and trainers have been told to stay home during off-peak hours and avoid mingling with people outside their household. Shinn compared it to being in jail.

Another Australian jockey, Daniel Moor, returned home in March, saying Hong Kong’s pandemic rules – which largely include closed borders with the outside world – had separated him from his family.

Four-time champion jockey Zac Purton told AFP the restrictions were a “fair compromise”, but acknowledged the personal toll it has taken on riders.

“It deters jockeys from overseas from wanting to come to Hong Kong at the moment,” he said.

Former Chinese leader Deng Xiaoping once promised that Hong Kong would retain its way of life after being handed over to China in 1997, saying “the horse racing will continue and the dance parties will continue”.

The latter came to a halt for much of the pandemic, but racing continued and, by some estimates, even flourished.

The sport is fanatically followed in Hong Kong and it is estimated that over 10% of the city’s 7.4 million people hold a Jockey Club betting account, the only way to bet legally in Hong Kong.

In the latest figures available, the Jockey Club recorded a record turnover of 136 billion Hong Kong dollars ($17.3 billion) for its 2020-21 racing season, which its chief executive Winfried Engelbrecht-Bresges partly attributed to the “collective discipline of all participants”.

Hong Kong had two largely virus-free years with its zero Covid policy, but that approach collapsed in January with the more transmissible Omicron variant.

Schools, gyms, playgrounds and even beaches closed as the city saw infection rates and deaths rise, but races galloped behind closed doors.

With the off-course betting branches of the Jockey Club also closed, people could still gamble online or over the phone.

But the “bubble” measures have been difficult for those keeping the sport going.

Purton was injured in a run in December, but the club initially wanted to ‘protect the bubble’ and prevented him from seeking outside help.

“If I didn’t get the treatment I needed, I wasn’t going to be able to keep riding,” Purton told AFP. The club then relented.

Matthew Chadwick, Hong Kong’s second most successful local jockey, said he found the restrictions tolerable but they were “painful” for his children, who also had to follow stay-at-home rules at the worst of the pandemic last month.

“I think everyone has sacrificed a lot and has their own threshold, and some think they’ve been pushed too far,” Chadwick told AFP.

“Important for the economy”

Jockeys and racing fans are hoping better days are fast approaching as Hong Kong emerges from the worst of the latest outbreak.

Betting shops reopened on Thursday ahead of Sunday’s Champions Day – one of the city’s most high-profile meetings – with three Group 1 races headlining the HK$25million QEII Cup.

The Jockey Club has started allowing a very limited number of people to return to its Shatin and Happy Valley racecourses, subject to vaccination requirements, but they remain closed to the general public.

Jockeys who spoke to AFP agreed that overall it was the right choice to keep the races going during the pandemic, adding that they sympathized with the club’s dilemma.

“My preference would be to keep running and I think we’ve shown we’re capable of doing that,” Purton said.

“Running is an important part of Hong Kong society and economy.”