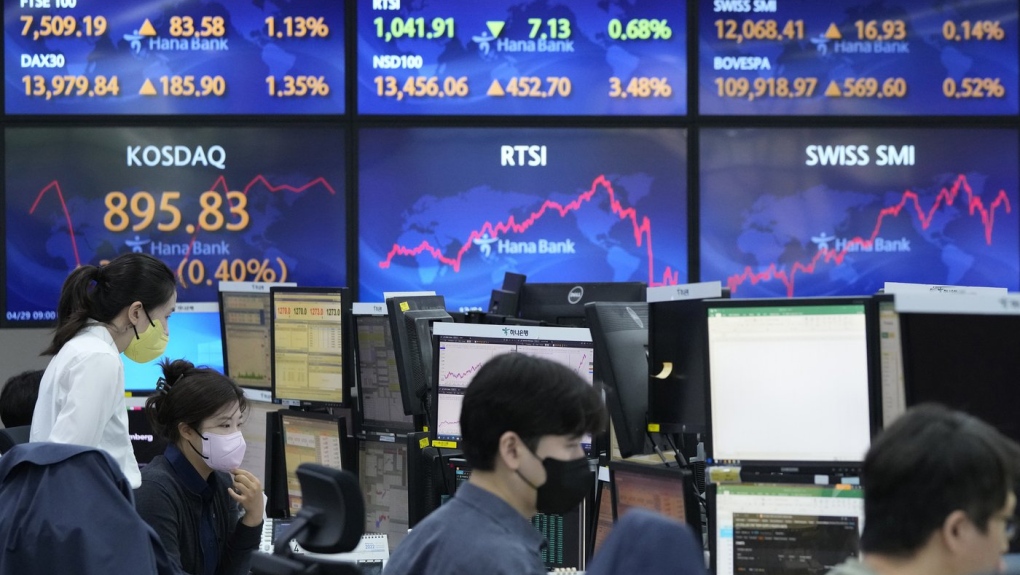 
Global stocks rose on Friday after Chinese leaders pledged to do more to support the slowing economy as the country faces its worst COVID-19 outbreaks since the pandemic began.


Chinese state media reported that the powerful Politburo of the ruling Communist Party agreed at a meeting on Friday to step up efforts to spur growth while curbing coronavirus outbreaks.


The party’s COVID-zero policies have pressured President Xi Jinping and other leaders to counter the blow to the economy from shutdowns aimed at defeating the virus. These restrictions are affecting the world’s second largest economy by disrupting shipping, manufacturing and other business activities.


“It is very important to do a good economic job and to secure and improve people’s livelihoods,” the official Xinhua News Agency said in a report on the meeting.


The report did not indicate any change in the leadership’s strategy to fight outbreaks.


But he said the meeting agreed to adjust policies to keep the economy, which was slowing even before the latest waves of coronavirus infections, “operating within a reasonable range” and to speed up the implementation of refunds and tax cuts, ensuring sufficient energy supply and helping industries, small businesses and families badly affected by the pandemic.


Tokyo has been closed for a holiday, the first of several for Japan’s upcoming “Golden Week”.


Shares of Tesla closed slightly lower on Thursday at $877.51. They are down 17% since the start of the year.


Wall Street’s major stock indexes posted their biggest gains in more than six weeks on Thursday, as tech companies clawed back some of the ground they had recently lost.


It’s been a turbulent week as investors scrutinize a big batch of corporate earnings from big tech companies, industrial companies and retailers. Big tech and communications companies have been the source of much of the volatility as their expensive stock values ​​carry more weight.


Supply chain issues have hampered business operations in many industries throughout the post-pandemic recovery and Russia’s war on Ukraine has compounded energy and major food price increases .


The US Federal Reserve is expected to hike rates aggressively as it steps up its fight against inflation. The Fed chairman indicated that the central bank may raise short-term interest rates to double the usual amount in upcoming meetings, starting next week. It has already raised its key overnight rate once, the first such hike since 2018.


The Commerce Department reported Thursday that the U.S. economy contracted in the last quarter for the first time since the pandemic recession hit two years ago. But the report showed consumers and businesses continued to spend, despite rising prices, suggesting demand is resilient.


Investors will receive another spending update on Friday, a barometer of the economy as everything from food to clothing and gasoline becomes more expensive, when the Commerce Department releases its earnings report and personal expenses for March.

Brain drain in Scotland can be reduced with high performing refugees

‘We are the last generation’: China’s harsh lockdowns could…