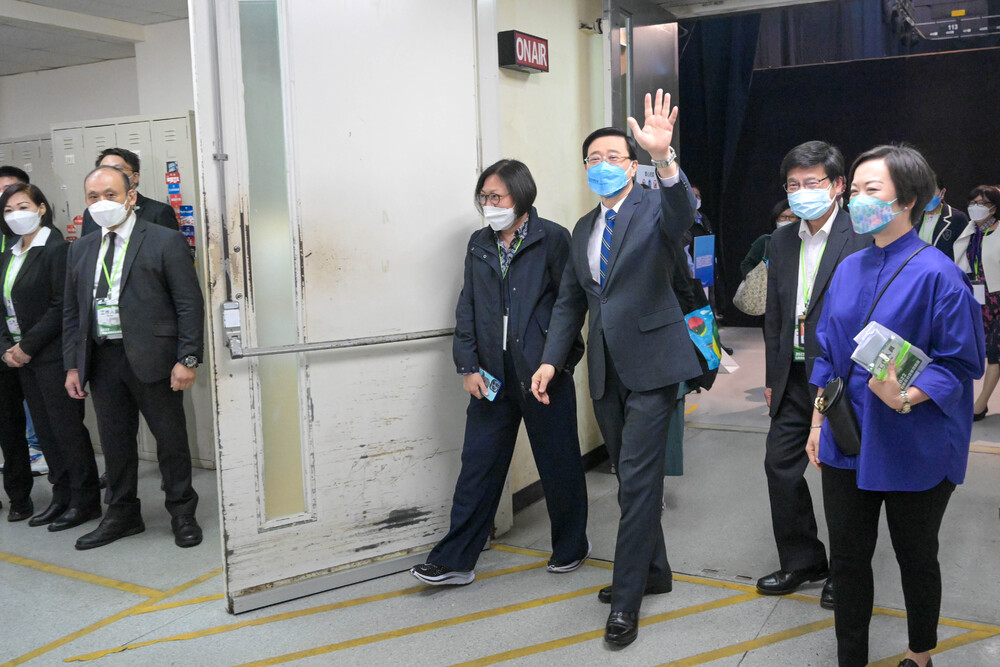 Lee spoke to seniors at the center, as well as staff who demonstrated gerontechnology innovations such as their swivel chair that allows older users greater freedom of movement when taking showers.

At Tin Yan Market in Tin Shui Wai, vendors shared with Lee how business has been going amid the pandemic.

The chief executive’s undisputed hope paid a visit to grassroots communities in Yau Ma Tei on April 24, after which he pledged to make the housing crisis a top political priority.

In his manifesto, Lee announced his intention to allow people to move into social housing as soon as the buildings are completed.

The Lantau Tomorrow Vision and Northern Metropolis development projects, as well as the enactment of Article 23, were also included in the manifesto.