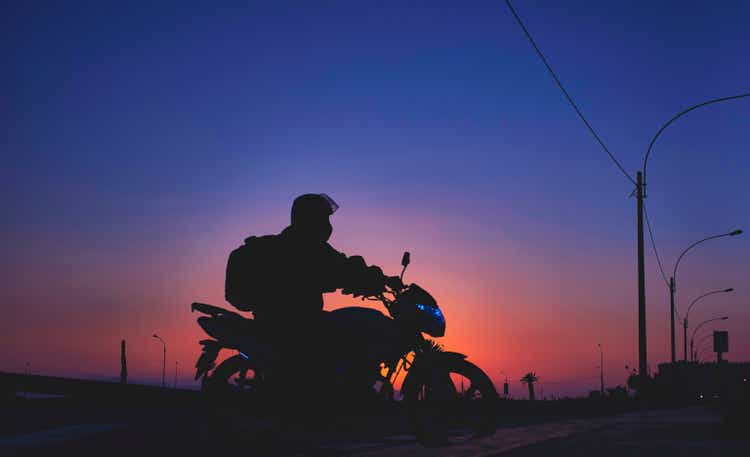 As Omicron Calms Down, Dada Nexus Could Enter the Golden Era of E-Commerce

The business should benefit from growing demand for local delivery services as consumers become accustomed to receiving goods at home during Covid-19 shutdowns.

• Dada Nexus revenue grew strongly in the first quarter, after excluding the impact of a change in how it pays passengers for certain delivery services

• Omicron outbreaks are accelerating the trend of online shopping, which should help companies like Dada even as lockdowns and other restrictions begin to ease.

There is no shortage of pessimistic headlines about the Chinese economy these days. Don’t know where to look? The arrival of the Covid-19 Omicron variant in major cities and the resulting measures to contain its spread – including a citywide lockdown of Shanghai now in its second month – is a good point to departure.

At times like this, it’s obvious that consumer-focused businesses are bound to suffer. But Dada Nexus Ltd. (NASDAQ: DADA), a Shanghai-based intra-city delivery service provider, is in a unique place to thrive. Even for Dada, the latest quarterly results released on Monday look pretty grim at first glance. The company’s revenue fell about 21% year-on-year in the first quarter to about 2 billion yuan ($296 million).

But the drop in sales is actually due to a change in the way the company recognizes revenue from some of its services. In April last year, Dada began paying its riders through third-party companies for short-haul deliveries made by Dada Now, one of its two core services open to individuals and merchants wishing to have items delivered locally. As a result, the company ceased to recognize both costs and revenues associated with these services.

This change aside, Dada’s business actually boomed. Excluding the impact of the new endorsements provision, Dada Now’s revenue jumped more than 60% year over year. Revenue from JDDC, the company’s other main service which Dada acquired from its majority shareholder JD.com (JD; 9618.HK), jumped an even more impressive 80% to account for nearly 70% of total company revenue. JDDC accounted for less than half of Dada Nexus’ revenue a year earlier, and saw strong gains in active users and order sizes, thanks in part to strong support from JD.com.

Dada’s first-quarter results also show its net loss narrowing, bringing it closer to elusive profitability. The company could post its first full-year profit next year, with its net loss expected to decline further for the rest of this year, according to analyst estimates compiled by Yahoo Finance.

The results look impressive, given that times are tough for retail-related businesses in China. The world’s second-largest economy was already on the fragile path to recovery from the Covid-19 pandemic of the past two years when it was hit again by the emergence of Omicron infections in the financial hub of Shanghai in late February. Cases in Dada’s hometown then snowballed, leading to a months-long lockdown that halted all aspects of normal life from March. Worse still, the outbreaks have spread to other places, including Beijing.

As a result, retail sales in China fell around 3.5% year-on-year in March, and the decline worsened to more than 10% in April.

Even e-commerce titan JD.com, which was allowed to take a majority stake in Dada in February, suffered a significant loss in the first quarter. Like most companies with national footprints, JD has been hit by logistics disruptions and a drop in consumer spending as Covid-19 cases resurfaced, prompting widespread travel restrictions, even before the start. of the lockdown in Shanghai.

While the Chinese economy has taken a hit, it’s a different story for Dada. As Omicron outbreaks increased, those stuck at home needed their daily necessities more than ever. And Dada had government approval to deliver them “to almost every city,” CEO Philip Kuai said on a conference call to discuss the company’s first-quarter results.

Now, as the worst phase of the pandemic recedes, things can only go up from here for Dada.

As the Omicron outbreaks come under control, things will return to normal, with ordinary shoppers opening their wallets for more stuff. This should bring more business to companies like Dada in general, which deliver groceries, meals, and a number of other products that are mostly ordered online.

Dada stands out from other big names in logistics like JD Logistics (2618.HK) and ZTO (ZTO; 2057.HK) in its exclusive focus on intra-city deliveries, giving it a significantly lower cost structure than larger companies. Its services compete with both large couriers, as well as more local delivery services operated by takeaway specialists. Meituan (OTCPK:MPNGF) (3690.HK) and online grocery Ding Dong (DDL).

This whole group of businesses stands to benefit, as people who had no choice but to have groceries and other basics delivered to their doorsteps during shutdowns find that they like a such convenience. As a result, many people who were previously accustomed to buying such items from stores may not want to go back to the hassle of going to stores unless they really need to.

Additionally, recent signals indicate that Beijing may be easing its wave of new regulations on domestic tech companies, as it attempts to equalize the course between reining in bad practices and supporting the faltering economy. Such easing, along with promises to keep capital markets stable and support overseas listings for Chinese companies, should all benefit companies like Dada and its much larger parent JD.com.

At least for now, that should eliminate the risk that JD.com will feel pressure to shed Dada, which is increasingly dependent on its parent company to generate revenue. In particular, JD.com and Dada have developed a beautiful symbiotic relationship that takes business from first to second through JDDJ, which was originally owned by JD.com and later sold to Dada in a transaction who created the current company.

In a vote of confidence for Dada, JPMorgan raised its rating for the company’s stock from “overweight” to “neutral” and raised its share price target to $10 from $7.50 after the publication of the company’s first quarter results.

Shares of Dada fell the day after its earnings report, but have since climbed and closed nearly 8% higher at $7.14 on Thursday in New York. Still, the stock is worth less than half its value since its IPO in 2020. Additionally, it trades at a modest price-to-sell (P/S) ratio of 1.5, compared to 2.4 for the e-commerce barometer. Ali Baba (BABA; 9988.HK) and an even higher 4.6 for ZTO.

As the outbreaks of Omicron abate, it looks like Dada has already been through what might be its worst time yet. The company will be able to reap profits when China’s economy picks up again, meaning the stock’s current valuation may not do Dada justice.

Editor’s note: The summary bullet points for this article were chosen by the Seeking Alpha editors.