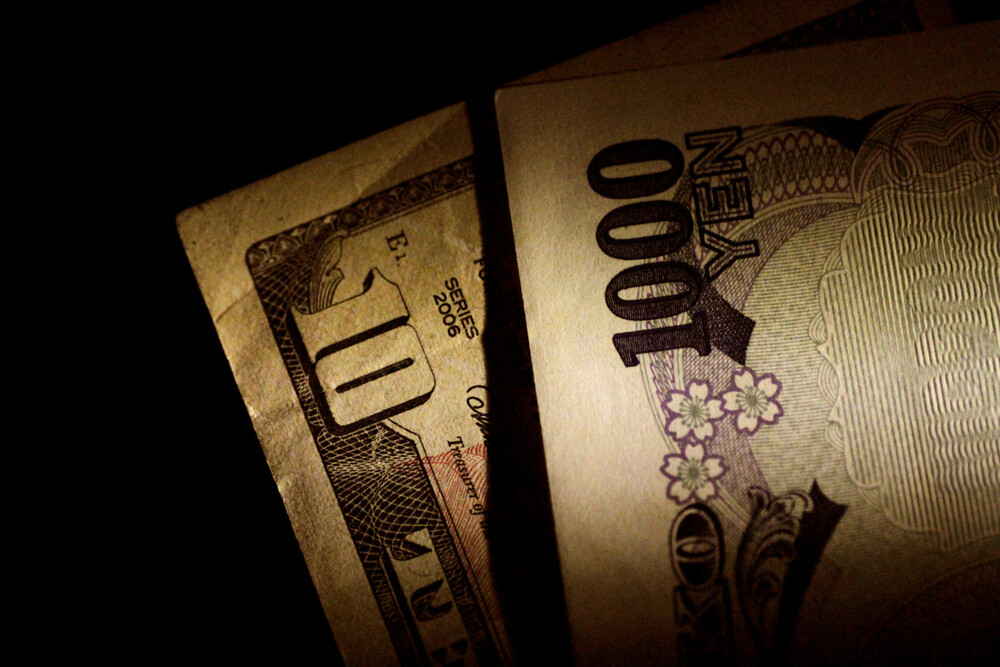 Japan’s government and central bank said on Friday they were concerned about the yen’s recent sharp declines in a rare joint statement, the strongest warning yet that Tokyo could step in to prop up the currency as it reached its lowest level in 20 years.

The statement underscores growing concern among policymakers about the damage that a sharp depreciation of the yen could inflict on Japan’s fragile economy by hurting business activity and consumers.

But many market participants doubt that G7 member Japan will soon step in to directly support the yen, a diplomatically cumbersome and potentially costly move that took place 20 years ago.

After a meeting with his Bank of Japan (BOJ) counterpart, top monetary diplomat Masato Kanda told reporters that Tokyo “will respond flexibly with all options on the table.”

He declined to say whether Tokyo could negotiate with other countries to jointly enter the market.

The G7, of which Japan is a member, has long had a policy that markets should determine exchange rates, but that the group will closely coordinate currency movements, and that excessive and disorderly exchange rate movements could harm the growth.

“We have seen a sharp decline in the yen and are concerned about recent movements in the foreign exchange market,” the MoF, BOJ and Financial Services Agency said in a joint statement issued after their leaders’ meeting. .

“We will communicate closely with each country’s monetary authorities and respond appropriately if necessary,” based on G7 principles, the statement said.

The heads of the three institutions meet occasionally, usually to signal to the markets their concern about sudden market moves. But rarely do they issue a joint statement with explicit warnings about currency movements.

“Tokyo could step in if the yen slips below 135 to the dollar and starts to freefall. That’s when Tokyo really needs to step in,” said Atsushi Takeda, chief economist at the Institute. Itochu’s economic research center in Tokyo.

“But Washington won’t be joining so it will be a solo intervention. For the United States, there’s really no merit in joining Tokyo for an intervention.”

Sharp declines in the yen have inflated already rising commodity import costs, raising the cost of living for households and putting pressure on the BOJ to deal with creeping inflation.

Both the BOJ and the US Federal Reserve are due to hold policy meetings next week.

With the Japanese economy still much weaker than its peers, the BOJ is expected to maintain its ultra-accommodative policy next week. But it will face the dilemma of having to stick to low rates, even if that could fuel further declines in the yen.

“I don’t think today’s statement has a direct impact on the BOJ policy meeting next week,” said Hiroshi Ugai, chief economist for Japan at JPMorgan Securities. “There are limits to what the BOJ can do.”

THE BAR FOR INTERVENTION IS HIGH

This growing policy divergence has sent the yen down 15% against the dollar since early March and to a striking distance of 135.20 on January 31, 2002. A breakout that would be its lowest since October 1998.

Underlining the public’s growing sensitivity to the rising cost of living, BOJ Governor Haruhiko Kuroda was forced to apologize on Tuesday for a remark made a day earlier that households were increasingly accepting price increases.

“What can potentially slow the pace of depreciation is a change in policy, but at the moment there seems to be no indication that the Bank of Japan is concerned about inflation or the impact of the yen weakness on this,” said Moh Siong Sim, a currency strategist at Bank of Singapore.

“It (the joint statement) is more of a verbal intervention and I don’t know if it will amount to an action and have no impact on the yen,” he said, adding the bar for actual intervention on the Change market. markets remains very high.

Given the economy’s heavy reliance on exports, Japan has historically focused on halting strong yen rises and has taken a hands-off approach to yen declines.

The last time Japan stepped in to support its currency was in 1998, when the Asian financial crisis triggered a massive sell-off in yen and a rapid outflow of capital from the region. Before that, Tokyo intervened to counter the fall of the yen in 1991-1992.