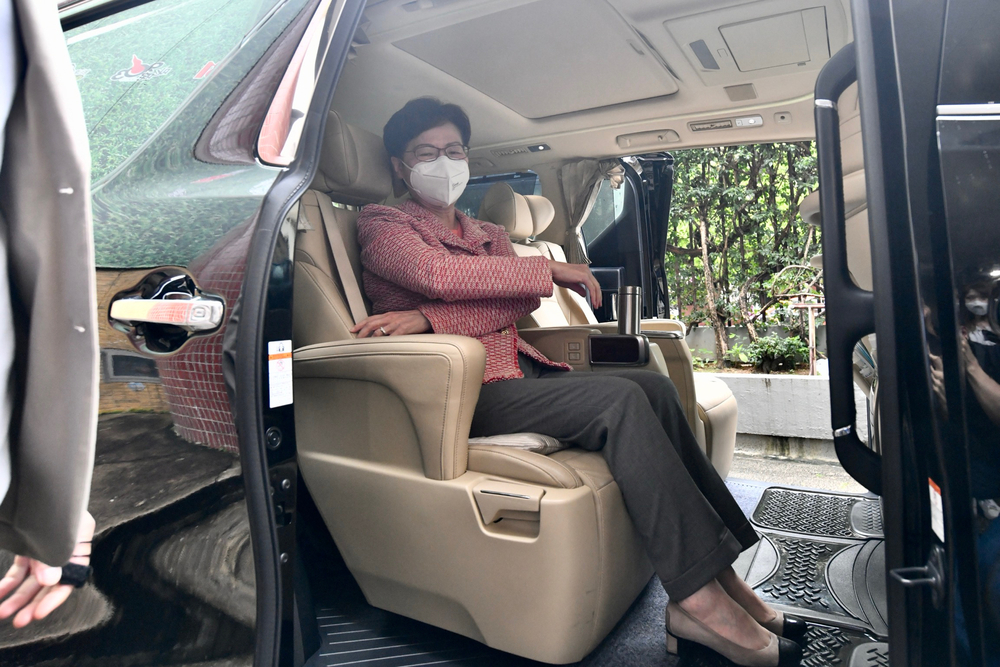 The next administration must maintain a “fighting spirit” against foreign criticism and slander against Hong Kong and China, chief executive Carrie Lam Cheng Yuet-ngor said.

Lam also said she was confident there would be universal suffrage for Hong Kongers to vote for their chief executive.

Moreover, she told commercial radio yesterday that she had admitted to President Xi Jinping that although she had a long experience in administration and policy-making, she felt some shortcomings.

“I remember when I received my appointment as general manager in Beijing five years ago,” Lam said.

“I told the president frankly that I had been trained in the system of government … but I was at a disadvantage in my political and national security awareness as well as my ability to see the big picture of geopolitics and the situation. Hong Kong’s position and role. [But] I learned a lot in five years.”

On the incoming administration having the ability to see the big picture as well as packing the “fighting spirit” it lacked, Lam said: “I am not a person who is good or happy to fight with others, but there are times when you have to fight.

“If people are smearing Hong Kong or using Hong Kong to smear the country, a leader must start a fight and tell the truth and do what needs to be done.”

She feels “relieved” to no longer carry the “heavy burden” and to know that what happens in Hong Kong from July 1 will no longer be her business.

“I just hope I will have more time to rest after July 1,” Lam said.

“Decisions have to be made instantly. I’ve been stressed for five years and have to put my cell phone next to my bed every night. After quitting I can now sleep as long as I want.”

Lam said she was satisfied, proud and had no regrets about her career in public service, but her five years as chief executive have been a rollercoaster ride, with her tenure overshadowed by the anti-government law movement. fugitive in 2019 and the ongoing pandemic.

But she had pushed forward many infrastructure and development plans with the Greater Bay Area during her first two years as chief executive. She could not, however, continue on the same path in the second half of her term, as the pandemic did not allow her to leave Hong Kong.

In choosing Hong Kong’s leader, Lam said the improved electoral system came close to the terms of universal suffrage set by Beijing in 2014.

“I think there is absolutely a possibility [the] the demand for democracy will be satisfied as long as it meets the requirements of the Basic Law. »

On a personal note, Lam said she had an even closer relationship with her husband, Lam Siu-por, and their sons – Jeremy and Joshua – after being sanctioned by the United States in August 2020 for “undermining autonomy of Hong Kong”.

She explained that the family “shared the same enemy” after witnessing a wife and mother being bullied, Lam said.

On having more family time, Lam said it would depend “on whether they want me to be around them all day.”

But she said her husband and sons would not be under so much pressure after his term ended.