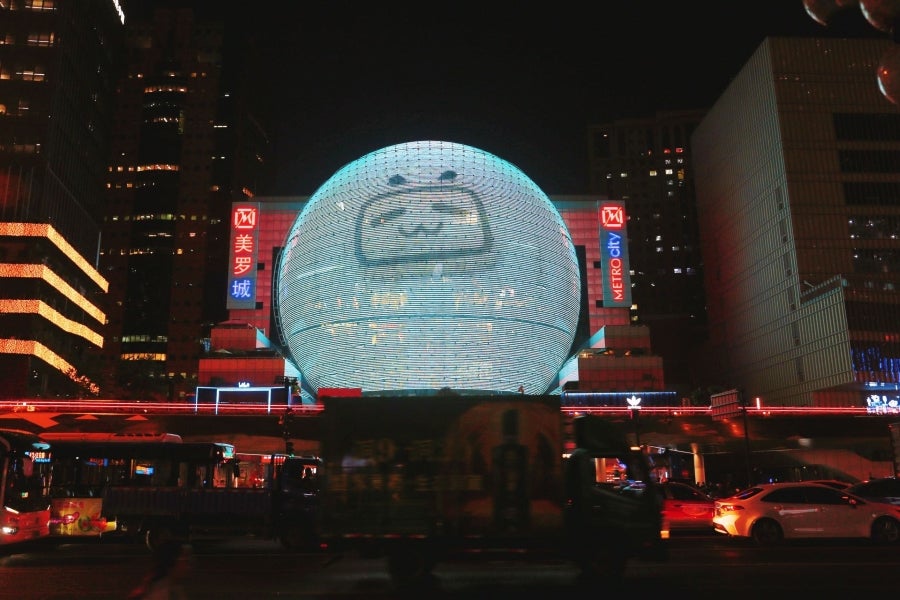 The entertainment platform bilibili Inc. BILI presents itself as a creative space for young people to explore the latest in online video, games and animation. Its fan base continues to grow, but investors fear that the same financial history will repeat itself: a sequence of relatively low margins and continual losses.

The company’s latest quarterly income A report last Thursday showed China’s video-sharing platform remains locked in a vicious circle in which soaring costs are turning rising revenue into a flood of red ink.

To keep its investors as loyal as its video superfans, Bilibili should do a better job of controlling its costs.

With costs rising faster than revenue, its first-quarter gross profit fell 14% to 810 million yuan and its net loss jumped 152% to 2.28 billion yuan.

Still, the earnings report contained some positive storylines. The total number of monthly active users increased by 31% to 294 million and its mobile active users increased by 33% to 276 million. No doubt, nurturing a large base of highly loyal content creators and users serves the long-term development of the business, but Bilibili might be paying too high a price for this potential reward.

In its earnings report, the company acknowledged that controlling costs and cutting expenses would be paramount as the business year progresses and China’s economy tries to shake off the shadow of the Covid pandemic.

The company’s chief financial officer, Sam Fan, said Bilibili has made progress in controlling expenses while improving its go-to-market capabilities through selective R&D investments. For example, it has reduced its sales and marketing expenses compared to the previous quarter and plans to take further cost control measures in the coming quarters.

Faced with these continuing losses, investors are worried about whether the company has the ability and determination to turn the platform’s popularity with gamers and video producers into a winning investment opportunity.

Disappointed by the bearish performance, investors sent shares of Bilibili in Hong Kong down nearly 16% in the two days following the earnings release.

In fact, the market has been worried about low margins for a very long time. From the company quarterly margins went into free fall from the fourth quarter of 2020, falling to 16% in the first quarter of this year, the lowest level in three years, after a high of just under 25%.

It’s a stark contrast to the globally dominant streaming service. netflix NFLX and the Chinese short video platform Kuaishou Technology (1024.HK). The US streaming giant has enjoyed margins of at least 40% for four of the past five quarters, while the Chinese platform’s margins have held above 40% for six consecutive quarters.

Even the weakest player in the industry, iQiyi IQ, achieved its best all-time margin of just over 18% in the first quarter thanks to more effective cost control than at Bilibili. But this performance by iQiyi follows five years of quarterly margins below 12%. Thus, investors fear that Bilibili will find itself stuck in the same quagmire iQiyi just managed to extricate itself from.

Government regulations have always been a risk factor for Chinese video platforms. Operators and creators, if not careful, can easily touch regulatory pitfalls with the content they publish, while the entertainment industry has also felt the heat of tighter controls in the tech sector, including stricter monitoring of services popular with young people such as video and online games. celebrity culture.

Late last year, iQiyi was widely reported, based on industry sources, to have laid off up to 40% of its employees as Tencent (0700.HK) is also said to have revamped its video business, both victims of stricter regulations.

However, the market now thinks the Chinese government may loosen its grip on the platform economy, which could attract a new influx of capital into tech stocks. But it remains to be seen whether the video platform industry will be among the beneficiaries, especially given the limited scope for relaxing content regulations.

An increase in paying users

Cost issues aside, the company has made progress in marketing its services. Its average monthly paid users jumped 33% in the first quarter to just over 27 million, translating into a paid user rate of 9.3%, beating its rival’s 8.4% Kuaishou. And the average time its users spend on the platform per day has hit a record 95 minutes.

The company has cultivated a community of video creators with professional users at its heart, with increasing user loyalty. On average, Bilibili saw around 3 billion daily video views in the first quarter, up from 2 billion views in the same period last year.

Hong Kong-listed Kuaishou is a good comparison for Bilibili when it comes to valuations. Kuaishou’s latest price-to-sales (P/S) ratio is 2.82 times, slightly lower than Bilibili’s 2.9 times, but much higher than iQiyi’s 0.67 times, suggesting that the market has always trusted the big video platforms more.

So, from a positive perspective, Bilibili’s sharp cost increase in the first quarter could be seen as an investment to boost the morale of employees and content creators. But, in order to bolster investor confidence and boost its share price, management will need to find ways to produce a more optimistic earnings scenario for the coming quarters.