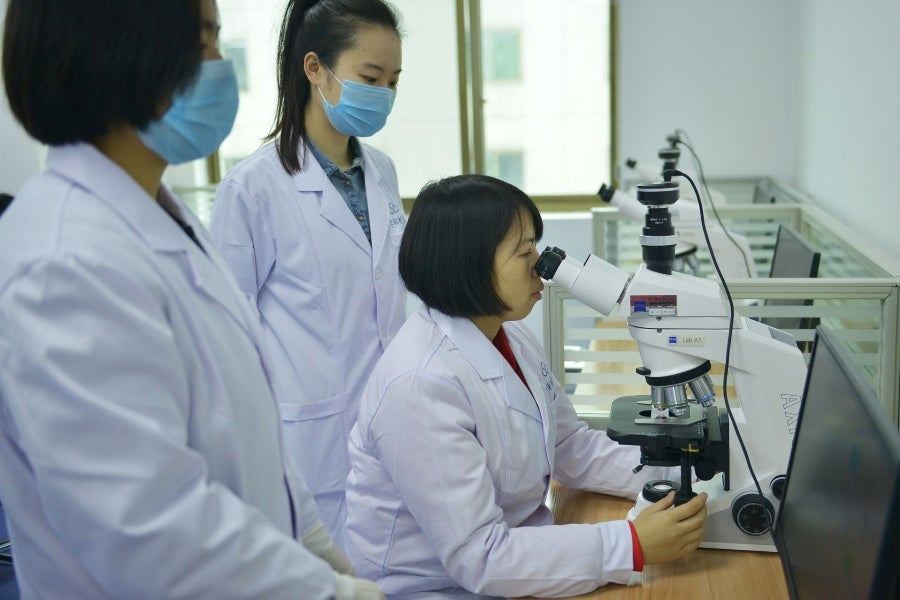 The popularity of genetic testing is growing rapidly in an increasingly health-conscious China. For Mega Genomics Ltd. (6667.HK), this trend presents a good opportunity to raise new funds in an IPO.

The genetic testing company, which is backed by the chain of health testing centers Meinian One Health (002044.SZ), is seeking to raise up to HK$260 million ($33 million) by listing approximately 11.9 million shares at HK$18-22 each in Hong Kong next Thursday.

The plan seems to be going well. A number of leading investors, including Maccura Biotechnology(300463.SZ), are expected to take over 80% of the shares on offer. And the other shares open to the public were oversubscribed by 4.6 times at the end of the day on Wednesday.

Investors can see good potential in Mega Genomics as its services are currently attracting many customers in China. Genetic testing can be used for many purposes. It can track your ancestry or reveal if your potential talent. Or of course, it can detect health risks. All you have to do is collect a saliva sample at home and submit it to a testing company. And you receive a report showing the results in detail.

Mega Genomics, which was founded by Meinian OneHealth Chairman Yu Rong in 2016, focuses on genetic testing and cancer screening services, with the former accounting for about 60% of its revenue and the latter the rest. Last year. The company held a 60% share of China’s consumer genetic testing market in 2020 by number of tests, although the figure drops to around 34% based on revenue, according to its IPO. prospectus.

Relationships with clinics are crucial for Mega Genomics because even if a test signals a health risk, it still needs to be validated by a healthcare professional. Mega Genomics works with more than 1,400 healthcare institutions, more than half of which are physical examination centers, in hundreds of cities across China.

It all worked out well for Mega Genomics – until 2020, that is. Its revenue jumped more than 60% to 203 million yuan ($30 million) that year from 2019, while its net profit more than doubled to around 79 million yuan thanks to higher-margin consumer genetic testing.

Additionally, Mega Genomics faces fierce competition, with around 20 companies battling for market share in consumer genetic testing. This means that marketing is crucial for Mega Genomics, but it requires heavy expenditure, which again can eat into margins. Last year, the company spent nearly 23 million yuan on sales and distribution, about double its R&D expenditure. Mega Genomics plans to spend 30% of the funds it raises from its Hong Kong IPO on sales and marketing.

To overcome these challenges, Mega Genomics is looking to focus on cancer screening tests. This makes sense because testing for non-medical purposes, such as ancestry research, is unlikely to generate repeat customers.

The expansion of cancer screening tests won’t be smooth sailing either, as Mega Genomics will face an uphill battle to take market share from companies like New Health Horizon (6606.HK) and Burning Rock Biotechnology BNR.

The midpoint of Mega Genomics’ target price range for its Hong Kong IPO gives it a P/S ratio of around 17. But given that the company is profitable, with a strong business relationship with Meinian OneHealth, investors can find its stock at this valuation. quite attractive.