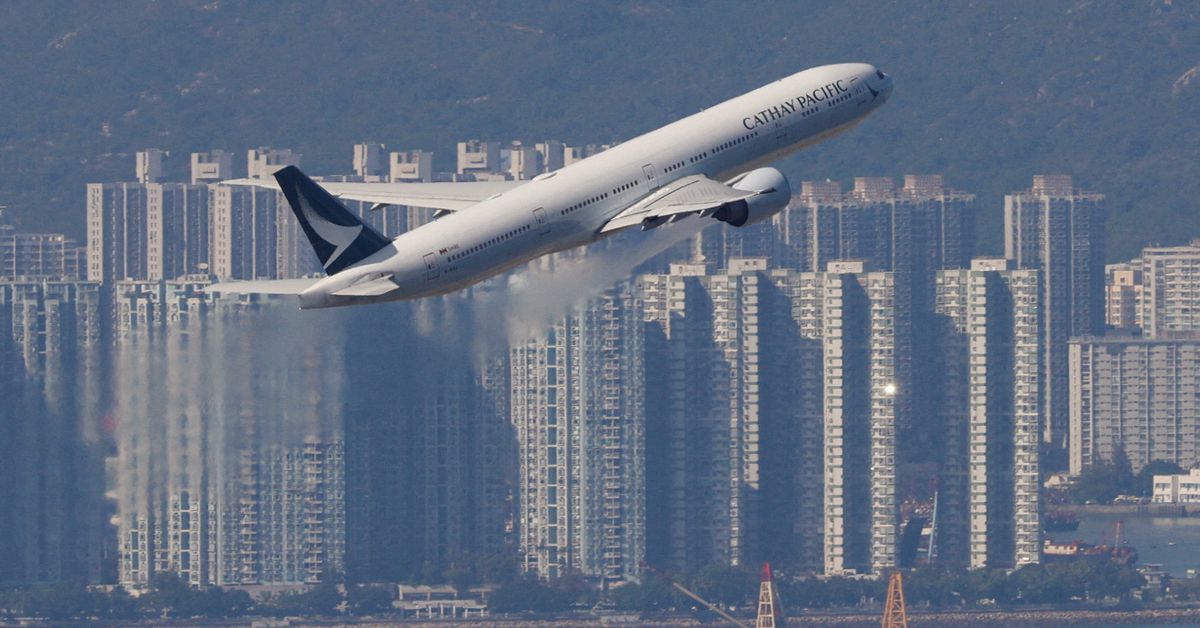 A Cathay Pacific plane takes off at the airport, during the coronavirus disease (COVID-19) pandemic in Hong Kong, China March 31, 2022. REUTERS/Tyrone Siu/File Photo

DOHA, June 20 (Reuters) – Cathay Pacific Airways (0293.HK), battered by strict quarantine rules that led to a 98% drop in passenger numbers, is preparing to bring back more planes to rebuild the status of hub of Hong Kong as restrictions ease, the airline’s chief executive said.

“We have about a third of our passenger fleet still parked in the desert, not in use,” Cathay chief executive Augustus Tang told Reuters on the sidelines of an airline industry gathering in Doha. “We are preparing for them to gradually return to the front of the curve.”

Rival Singapore Airlines (SIAL.SI) has seen a surge in demand since Singapore’s quarantine rules were relaxed. It was back to 61% of pre-COVID-19 capacity in May, filling 78.2% of seats in its best month since the pandemic began.

Cathay, on the other hand, was operating just 4% of its pre-COVID capacity in May and occupied 60.5% of its seats.

The need for passenger flight crew members to self-quarantine in a hotel for three days after flying to destinations outside mainland China means there are few frequencies to offer potential passengers in transit.

Tang said it was encouraging that Hong Kong had gradually reduced the required quarantine time, which was once as high as three weeks for passengers arriving from destinations such as the United States and Britain.

“It’s going in the right direction, and the momentum is building and so we’re pretty optimistic that we’re going to see more and more of this opening up,” he said.