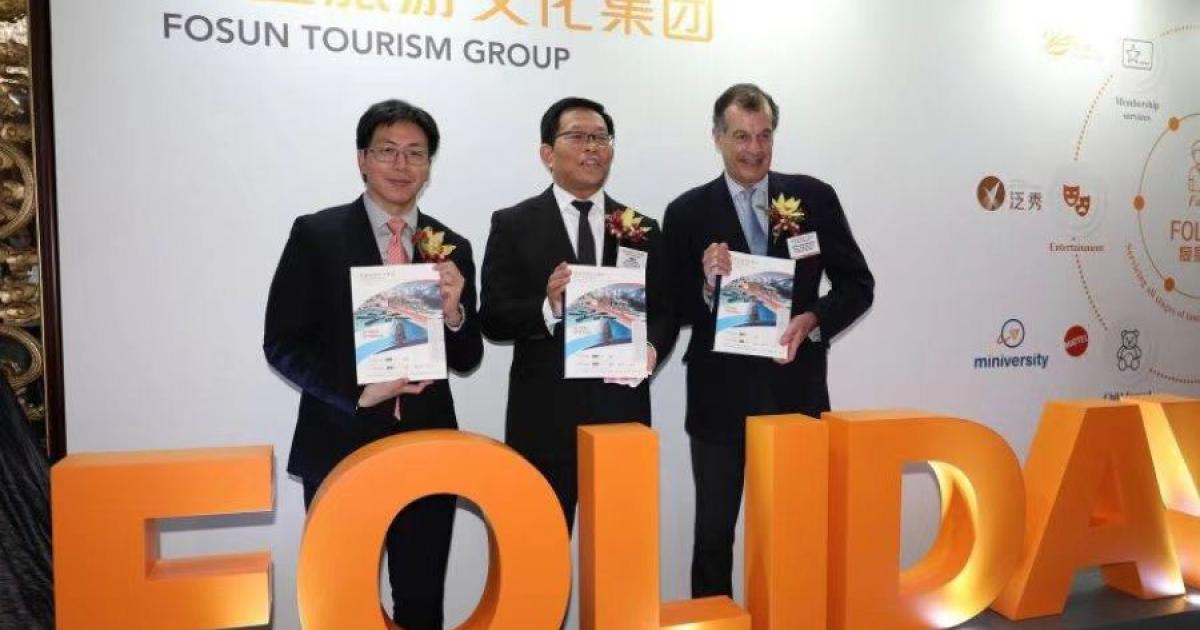 The good performance of the Club Med resort chain in the first half of 2022 will not be enough to prevent the parent company Fosun Tour Group (1992.HK) to record a loss for the six-month period. Yet these hordes of affluent customers enjoying the Club Med lifestyle have helped stem the company’s losses considerably.

Fosun Tourism, owner of the Club Med chain as well as the Atlantis Sanya mega-resort on the Chinese island of Hainan and the Thomas Cook Travel brand, told the Hong Kong Stock Exchange this week that it expects to post a loss of 150 million yuan (22 million dollars) and 250 million yuan (290.7 million Hong Kong dollars) for the first six months of this year.

Although no loss is ever good, the latest forecast is still positive as it is about 90% lower than the 2 billion yuan loss recorded by Fosun Tourism in the first half of 2021.

The Club Med brand, with 70 resorts worldwide, was the best performer in Fosun’s portfolio in the first half of 2022 and contributed the most to the group’s recovery. Club Med’s global operations recorded business volume of 5.7 billion yuan in the six months to June 30, up 336 percent from the same period last year. The latest figure was also equal to 90.2% of Club Med’s revenue in the first six months of 2019, showing that the chain’s business is rapidly approaching pre-pandemic levels.

With all but eight Club Med resorts located outside of China and travel rebounding in most markets, the popular chain has provided convenient cover against underperforming Fosun Tourism assets in its home market, where measures Covid control in the first half of the year put a major damper on domestic travel.

“Benefiting from the significant growth in business volume, Club Med’s unaudited net income turned positive and improved significantly compared to the first half of 2021 and ended up at the majority level of the same period of 2019,” Fosun Tourism said in its profit alert.

Investors rewarded Fosun Tourism’s positive report by rising the stock 7.1% in the first four trading days this week to close at HK$11.40 on Thursday.

But it wasn’t all good news and free cocktails for the company due to weakness at its massive Atlantis Sanya resort on Hainan Island, which typically accounts for around 15% of its operating revenue. The mega-property has 1,300 rooms, five underwater suites, a water park, an aquarium and 10 food outlets. Normally it is a money making machine for Fosun Tourism. But the resort’s heavy reliance on domestic Chinese tourists was an Achilles’ heel in the first half as Covid 19-related lockdowns and other restrictions kept many people from travelling.

Atlantis Sanya’s business volume for the first six months of the year was 486.9 million yuan, only 47.1 percent of what it had in the same period last year. Despite the disappointing figures, Fosun Tourism pointed out that business at the mega-resort was recovering well until March, when Covid hit China’s biggest cities, culminating in a two-month lockdown of Shanghai in April and May.

Fosun Tourism’s third major brand, Thomas Cook, also dampened the group’s fortunes in the first half of 2022. It attributed this to Covid 19 and the “early stages of (the brand’s) business development”.

Thomas Cook pioneered mass tourism and the travel industry when these concepts were in their infancy in the 19th century, becoming synonymous with affordable vacation packages. But the Europe-focused brand failed in 2019 and declared bankruptcy soon after, stranding tens of thousands of travelers around the world in a major crisis that grabbed global headlines at the time.

Fosun already owned 7% of Thomas Cook at the time of the collapse, then negotiated a bailout and acquired the brand outright. But with the onset of Covid and ongoing reputational damage, reviving the legendary brand proved a challenge. Yet, as the success of the Club Med brand attests, Fosun Tourism – part of the Fosun Group’s largest financial and pharmaceutical conglomerate – knows how to operate outside of its home market.

The Chinese arm of Thomas Cook continues to underperform, dragged down by travel uncertainty. But things are looking a bit better at its UK arm, where earlier this year business grew ninefold year-on-year, no doubt helped by freedom of movement in the UK and the strong local brand awareness.

Before Covid-19, Fosun Tourism was one of the largest tourism companies in the world, especially among leisure travelers. Then the pandemic clipped his wings and sent him into the red. But with more than 1.4 billion people in its home market of China, where it is a leading resort operator, most analysts say it’s not a question of whether, but rather when, the company recovers its mojo.

That kind of optimism is driving the company’s stock price higher as investors look to brighter days in the vast Chinese market. Despite some wild swings caused by lockdowns and new waves of Covid 19 in China, Fosun Tourism shares are up more than 10% year-to-date – easily outperforming the Hang Index’s 12% drop Wider Seng for this period.

The strong performance of the company’s shares is similar to that of competitors based in China Trip.com (NASDAQ:TCOM) and Tongcheng Travel Holdings (0780.HK). All three have moved in the right direction so far this year, although only Tongcheng is now profitable.

Analysts expect shares of all three companies to continue rising in 2022. Fosun has a one-year target trading price of HK$15.24, a practical 25% upside from its last price, according to eight analysts. surveyed by Yahoo Finance. But with much of Fosun Tourism’s business still coming from China, that goal really hinges on ending China’s “zero Covid” strategy and reopening travel.

Yet, at the end of the first half of 2022, the tone of Fosun Tourism’s corporate bunker was optimistic. After lockdowns ended in cities like Shanghai, the company almost immediately saw business improve, including at Thomas Cook and Atlantis Sanya.

“Fosun Tourism is preparing for a resumption of tourism, now that its business has resumed operations,” said Chairman and CEO Qian Jiannong. “It will continue to leverage the benefits of global presence and competitive products to capture growth momentum in different regions.”

Since the CEO’s comments, Fosun Tourism has opened a new Club Med ski resort in Japan and confirmed that it will start work on six new Club Med resorts in China. Casa Cook, a spin-off of the Thomas Cook brand, has also just opened a series of small luxury hotels on some of Greece’s Tonier Islands.

With so many hotel openings, an optimistic CEO and investors willingly supporting the business, Fosun Tourism looks well positioned to continue growing and returning to profitability. With 3.4 billion yuan in cash and an additional 4.3 billion yuan in undrawn credit lines, it also appears sufficiently cashed in to continue funding its operations as it weathers its Covid 19 hangover.

This article was submitted by an external contributor and may not represent the views and opinions of Benzinga.

Despite Didi’s $1.2 Billion Fine, Chinese Tech’s Regulatory Troubles May Not Be Over

Geling Yan says a movie doesn’t credit her. The world of cinema shrugs its shoulders.