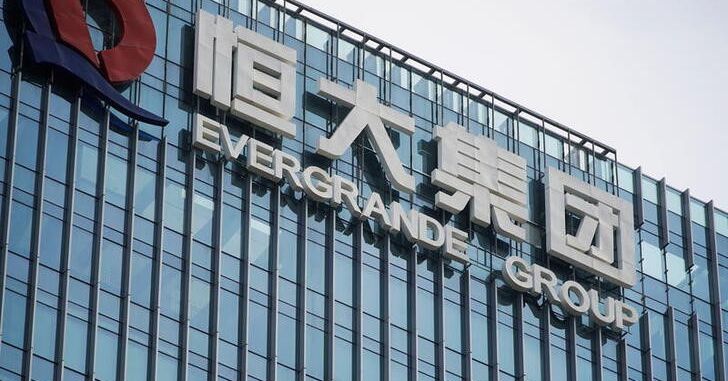 Snowball crisis at Evergrande, the most indebted developer in the world

Evergrande’s restructuring proposal came on Friday as China’s real estate sector, a key pillar of the economy, teeters from one crisis to another. The industry has seen a series of defaults from cash-strapped developers. Read more

Here is a timeline of events of how the Evergrande debt crisis unfolded:

Regulators are meeting with Evergrande and other developers to introduce caps for three debt ratios in a policy dubbed the “three red lines.”

Evergrande is asking the Guangdong provincial government to approve a disguised listing from Shenzhen of most of the real estate assets of flagship unit Hengda Real Estate Group, saying it could otherwise face a cash crunch.

Evergrande is selling a $2.1 billion stake in online real estate and auto market Fangchebao in a pre-IPO deal.

It meets one of the “three red lines” criteria, reducing interest-bearing debt to about 570 billion yuan from 716.5 billion yuan six months earlier.

A court orders the freezing of a bank deposit of 132 million yuan of Evergrande at the request of China Guangfa Bank Co Ltd concerning a loan granted to the promoter.

Some Hong Kong banks are refusing to provide new loans to buyers of two of Evergrande’s unfinished residential projects.

The Guangzhou Intermediate People’s Court is centralizing the lawsuits against Evergrande across the country, sources said.

Many Evergrande projects across the country are halting construction due to late payments.

Evergrande warns of liquidity and default risks if it fails to resume construction, dispose of assets and renew loans.

Evergrande announces that it will raise 9.99 billion yuan by selling the shares of Shengjing Bank Co Ltd (2066.HK).

China’s vice premier, central bank, and banking and securities watchdogs are seeking to reassure markets that the ripple effects on the banking system and real estate sector from China’s debt woes Evergrande are controllable.

Evergrande is backing away from selling a $2.6 billion stake in Evergrande Property Services to rival Hopson Development Holdings Ltd (0754.HK).

Evergrande once again avoids a destabilizing default with a last-minute bond payment.

Evergrande is selling its entire stake in HengTen at a steep discount for $273.5 million.

A government body is taking over Evergrande football stadium with a view to selling it, Reuters reports.

China’s Guangdong province summoned President Hui after the developer said there was ‘no guarantee’ he would have enough funds to meet debt repayments, as regulators sought reassurance the steps.

Evergrande fails to pay a coupon worth $82.5 million at the end of the grace period, triggering the cross-default of its $19 billion offshore bonds.

The southern city of Danzhou in Hainan Province is ordering the demolition of 39 Evergrande buildings at a resort complex.

Retail investors in Evergrande’s wealth management products are staging protests at its offices across the country demanding repayment of their overdue investments.

Hengda Real Estate is seeking approval from onshore bondholders to extend the first-time bond payment deadline. They reach an agreement to delay payments on a 4.5 billion yuan bond for six months.

A key group of Evergrande’s international creditors are threatening to take action if Evergrande shows no urgency to resolve the default.

Evergrande is starting talks with offshore creditors, adding that it will publish a preliminary restructuring plan within six months.

Evergrande is suspending trading in its shares, citing the inability to release audited results by March 31 and an investigation into the property management arm in which 13.4 billion yuan in deposits were seized by banks.

Evergrande says to publish its restructuring plan by the end of July.

A Fangchebao investor files a liquidation petition against Evergrande for failing to honor a share repurchase agreement.

Onshore bondholders for the first time rejected Evergrande’s proposal to postpone redemption of a bond worth 4.5 billion yuan.

Evergrande CEO and CFO step down as internal investigation finds 13.4 billion yuan deposits in property management unit were used as collateral for pledge guarantees to facilitate financing by the group.

Evergrande is selling its Hong Kong headquarters through a tender.

Insiders may rethink their HK$50m investment in BC Technology Group Limited (HKG:863) now that the company has lost HK$267m in value