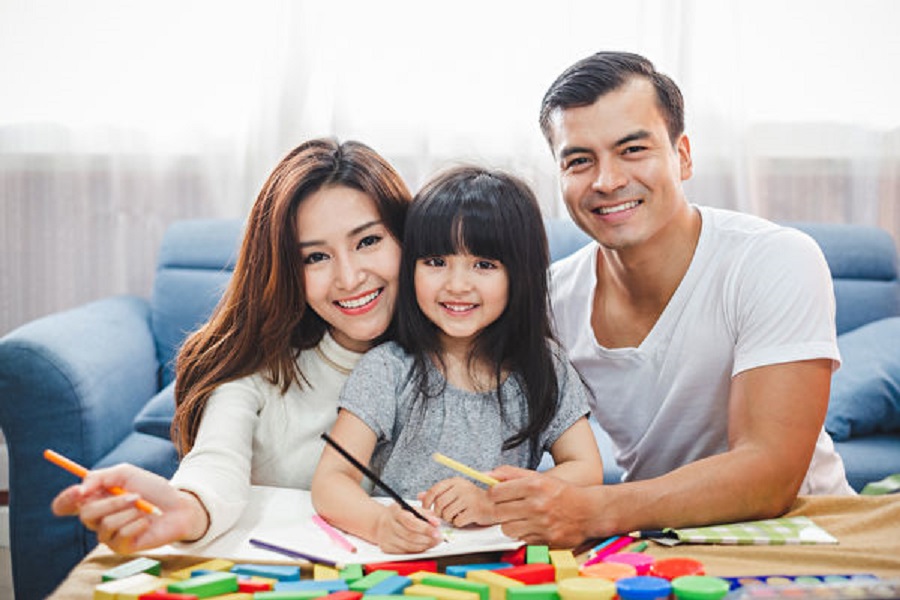 Hong Kong’s total population saw negative growth in 2021, with data showing a declining birth rate as one of the main reasons.

A recent survey found that the average cost of raising a child in Hong Kong is nearly 70% of the city’s median household income.

Public data shows that the birth rate in Hong Kong has fallen steadily over the past 10 years.

Another set of data suggests that women in Hong Kong have a much lower fertility rate than those in other developed countries.

The report predicts that between 2024 and 2064, Hong Kong’s fertility rate will remain well below that of the United States, Britain, Japan, Australia and many advanced economies, the year 2039 being its lowest point with a fertility rate of 955.

The survey was conducted by Hong Kong’s Hang Seng Bank in June, in which 633 Hong Kong citizens between the ages of 30 and 64 with at least HK$1 million ($128,000) d short-term workers were asked about their plans for parenthood and retirement.

Among respondents who were parents, 79% said they were concerned about the future of their children and hoped to take care of them until they graduate and become financially independent, according to the report.

If raising a child in the city cost around HK$284,000 ($36,000) a year, as the survey above suggests, that would be almost 70% of the median household income in Hong Kong, a burden important financial.

A similar problem is also seen in mainland China.

Despite the Chinese Communist Party’s (CCP) recent introduction of a three-child policy to counter the country’s aging population, most families are unlikely to have two children, let alone a third child. , due to the high costs of raising a child in China.

The CCP Health Commission said on May 31 that “after introducing the two-child policy, a large portion of families still decided not to give birth despite wanting another baby.”

The commission, citing a survey, suggests that the top three reasons were “a heavy financial burden”, “an unsupervised child” (meaning parents are unable to devote time to caring for young children) and ” the difficulty of reconciling family and work”. Among them, “heavy financial burden” was the main reason for 75.1% of families. More than half of the families surveyed also feared having an “unsupervised child”.

Furthermore, a recent study published by YuWa Population Research, a Chinese demographer, said that the high cost of childcare in China makes its people one of the lowest ranked in the world in terms of average willingness to have children. The report says the ideal number of children in China averages less than two per couple, while most countries have more than two.

Countries with higher ratios indicate greater parental pressure and therefore tend to have lower fertility rates, according to the report.

Anne Zhang is a staff writer for The Epoch Times and focuses on China-related topics. She started writing for the Chinese language edition in 2014.