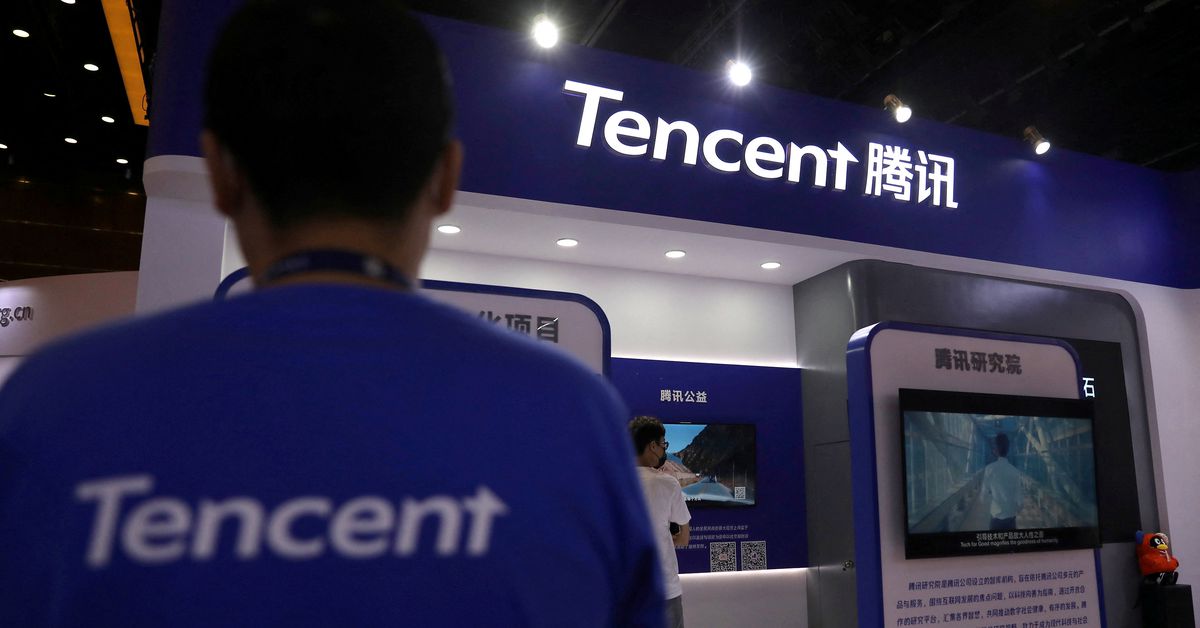 A staff member is seen at a booth of Tencent during an exhibition during the China Internet Conference in Beijing, China July 13, 2021. REUTERS/Tingshu Wang

The contraction marks a nadir for the gaming giant and owner of messaging platform WeChat which has seen double-digit growth nearly every quarter since its IPO in 2004 amid Beijing’s crackdown on big business which began at the end of 2020 is holding back its expansion. .

The company said Wednesday its revenue fell 3% to 134.034 billion yuan ($19.78 billion) for the three months ended June 30, from 138.259 billion yuan a year earlier. It has fallen for two consecutive quarters and the result compares to analysts’ consensus forecast of 134.6 billion yuan.

Ma Huateng, President and CEO of Tencent, said, “During the second quarter, we actively exited our non-core businesses, tightened our marketing expenses and reduced our operating expenses, which enabled us to to sequentially increase our non-IFRS earnings, despite challenging revenue conditions. .”

Hong Kong will play a vital role in regional cooperation