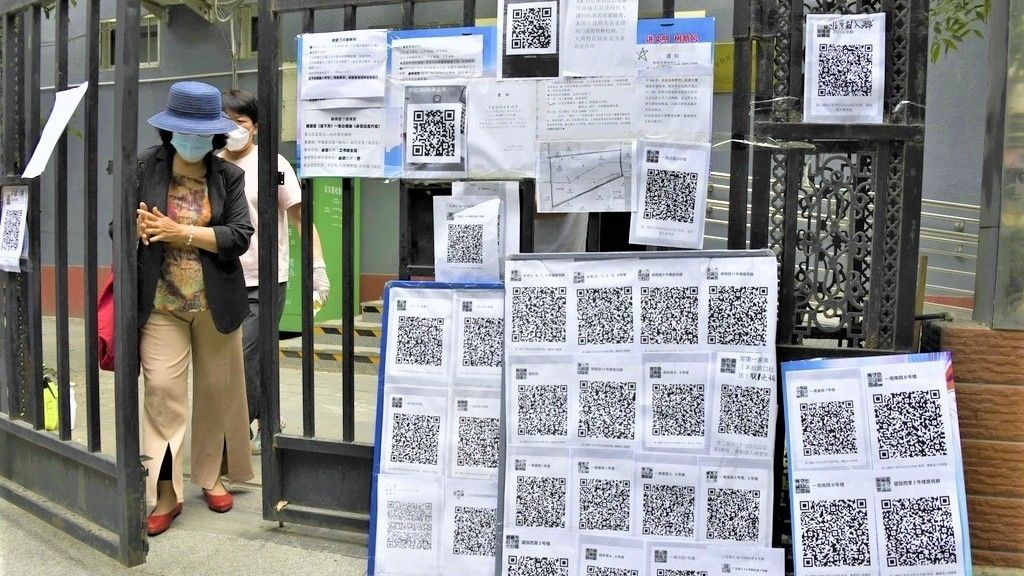 Extensive PCR testing, quarantines and lockdowns continue to characterize the Chinese government’s “Zero COVID” policy. Although COVID-19 appears to be under control in major cities like Beijing and Shanghai, the future remains uncertain due to rising infections in eastern cities. Resentment towards Xi Jinping’s administration is growing day by day as authorities continue to severely restrict private rights while forcing citizens to sacrifice their economic livelihoods.

“For the next five years”

The government’s announcement came shortly after anxiety-provoking remarks by Beijing’s top Chinese Communist Party official were reported online. The Beijing Dailythe city’s CCP newspaper, featured excerpts from a June 27 speech by Cai Qi, secretary of the Beijing CCP Municipal Committee, quoting him as saying that Beijing will abide by Zero COVID measures “for the next five years. “.

The social media reaction was fast and furious. Some users have expressed exasperation at having to endure strict measures for half a decade; others have publicly announced their intention to rethink their long-term commitment to living in Beijing. Weibo, the popular microblogging site in China, quickly banned the use of the hashtag “for the next five years”, while the Beijing Daily removed the reference, citing an “editing error”.

The Beijing Daily Chairman, Zhao Qingyun, quickly attempted to clarify the details of the incident on Weibo, asking his followers to share his words:

The phrase “for the next five years” did not appear in Secretary Cai’s remarks and was mistakenly added by the reporter. It may be difficult to understand how it happened, but the reporter hastened to publish the article as soon as possible using a prepared template and only briefly reviewing the main points of Secretary Cai’s speech . The template contained the boilerplate language “for the next five years,” and that phrase was left among wording about maintaining pandemic control measures. The journalist obviously did not have clear ideas.

The article remained online with only the words “for the next five years” missing:

The Thirteenth Municipal Congress of the CPC in Beijing opened this morning. Comrade Cai Qi indicated that Beijing will continue to maintain Zero COVID pandemic control measures. [for the next five years] and would resolutely protect against external infections as well as internal transmission. The city will maintain and improve Beijing’s “four joint responsibilities” (local, work unit, organizational and individual), infection prevention mechanisms and the “first four” emergency response system (early detection, reporting, isolation and treatment). Beijing will implement comprehensive pandemic controls that are scientific, precise and dynamic.

However, the Beijing Daily swept away these concerns so casually? For many in China, reading the above passage with or without the phrase “for the next five years” might not make that much difference. Leaving aside the truth about whether Secretary Cai said “for another five years” or not, his remarks sparked public dismay. Instead of explaining the controversy by focusing on the reporter’s alleged mistake, Zhao, as a Beijing media spokesperson, should have wondered why the public was so sensitive to Cai’s comments in the first place.

The Chinese people are right to be concerned about the future. As “Living with the Virus” becomes globally accepted, the Chinese government continues its irrational and inhuman Zero COVID policy. Unable to leave their homes and without food, residents of high-rise condominiums can be heard banging pots from their windows and eerily shouting, “Let us out!”.

While there was surely some fake news, videos of people jumping from skyscrapers have surfaced on social media. A shocking video has also made the rounds showing a small child falling from a window as two people (presumably the child’s parents) are taken to a quarantine facility. There are almost certainly people who have become physically impaired or even died because they could not leave their homes.

There are many tragic stories. A mother went around the house asking for fever medicine for her son with a temperature of 40 degrees. No one opened the door for him. A public safety officer in protective gear captured a dog in a huge net and violently rammed the yelping animal into a dog crate to transport it. A man believed to be the owner desperately pursued the official, only to be knocked to the ground.

Since they don’t have to show police ID, it’s unclear who is in costume to take people into quarantine. Certainly, many people are needed to implement these controls and, if necessary, to use force. However, it is entirely possible that people without regular jobs or who are loitering pose as public officials and use the pretext of controlling the pandemic to engage in acts of violence against others.

Many citizens painfully wonder, “What did we do wrong? Why are we treated like criminals? In Shanghai, the expression “1.4 billion to 1” is now used. This reflects the sense of helplessness some feel, even if 1.4 billion Chinese opposed a policy, because it was the “correct” policy of one man – “Emperor” Xi Jinping – then everyone should follow her.

The following comment also appeared on the Internet: “While daily freedoms were taken away in the name of COVID-19 in New York and Tokyo, it was not on the same level as China. Those with wealth will leave surely China. Who can stay in such an abnormal country?

Angry Shanghai residents on June 6, 2022, after their city was sealed off. (©AFP/ Jiji)

“We are the last generation”

Another revealing video was widely shared on social media in Shanghai a month after it was locked down. The video shows another public safety officer in white protective clothing pressuring a family to leave their home to be transported to a government quarantine facility. The official yells at the family, “If you don’t obey the city’s orders, your punishment will affect your family for three generations!” A man nearby immediately replies, “That’s good. Anyway, we are the last generation.

The #LastGeneration hashtag quickly began circulating widely. This may well represent the determination of many young people not to have or raise children in China.

Many young Chinese have been swayed by mainstream media narratives that COVID-19 is an American plot and that China is triumphing globally through its COVID-19 policies. Why did a single public security official feel emboldened to issue threats against people and their descendants?

The lockdown in modern, cosmopolitan cities like Shanghai, a policy that locals have no say in and puts them in danger of starving to death, has even led to comments on social media such as “I finally understand how people in Uyghur and Hong Kong feel.” The use of authoritarian measures like these one after another could not, after all, happen in a free country.

Young Chinese are also worried about the serious professional situation in which they find themselves. Shops are closing and businesses are going bankrupt one after another. From the government’s policy of closing cram schools alone, perhaps around 10 million people lost their jobs. Large-scale restructuring is also taking place in the IT industry and other sectors, leading to job losses. The Chinese National Bureau of Statistics calculates that the unemployment rate for 16-24 year olds in urban areas reached 18.2%, up 2.2 percentage points from 2021. And 10.8 million students additional students are expected to graduate this fall and enter the workforce.

It would be easy to say that COVID-19 restrictions remain in place. However, it is really China’s system of social control, supercharged by COVID-19, that remains in place. The measures are not only aimed at checking the health status of residents, but at extending their monitoring. No matter where you are or what you are doing, you are being tracked. If there is any doubt about your actions, you will be denied access to the sites; you may even see your bank account frozen.

Many young Chinese consider going abroad because they do not want to marry or raise children in a country like China as it currently appears to them. Among these people, a new neologism is gaining ground to circumvent state censorship. runxue (潤学) took on the meaning of “run-ology” online. In its pinyin romanization, the first character of this compound, meaning “wet” or “damp”, resembles the English word “run”. The second character meaning “to learn” in Chinese, the term now refers to emigration: “techniques to flee China”.

This new form of knowledge is rapidly being shared among netizens as Zero COVID remains in place in an increasingly “abnormal” China.

(Originally posted in Japanese 12 Jul 2022. Banner Photo: QR codes found in Beijing during the imposition of Zero COVID restrictions. These QR codes are read with a smartphone to find information on the evolution of the local pandemic and curfew restrictions. However, each apartment building has its own specific QR code, causing confusion for residents. © Sung Ho, Kyōdō.)