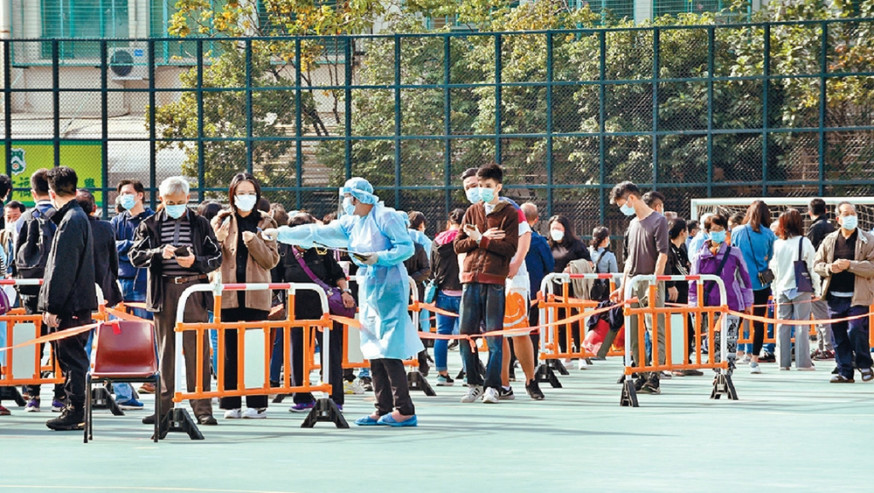 Hong Kong has spent between HK$7 billion and HK$8 billion in taxpayer money to carry out more than 53.3 million Covid-19 PCR tests since the start of the pandemic.

When daily title, The standard‘s sister publication, when asked about the number of PCR tests carried out in the last three years, the Health Bureau replied that the number was 37.3 million.

The figure was recorded at community testing centers, mobile sample collection stations and lockdown drills across the city between November 2020 and the end of August this year, the office added.

In April this year, the expenditure was about HK$5.8 billion, the office also said.

The Ministry of Health also responded that around 16 million PCR tests have been carried out since the start of 2020 until now.

The two figures added up to at least 53.3 million total PCR tests per year, and Big title estimated that it cost taxpayers between HK$7 billion and HK$8 billion.

Talk to Big titlerespiratory expert Leung Chi-chiu reminded us that testing costs should not be magnified, and the impact on society and the economy brought by Covid should also be considered when looking at the numbers.

Leung continued that the figure recorded in Hong Kong is much lower than the mainland and supported the effectiveness of PCR testing. He noted that the number may decrease in the future as there is a possibility of Covid becoming endemic.

Chiu added that PCR tests can track the Covid variant chain of transmission more accurately than rapid antigen tests. He also said the city’s fifth wave peak in February would be worse without PCR testing.